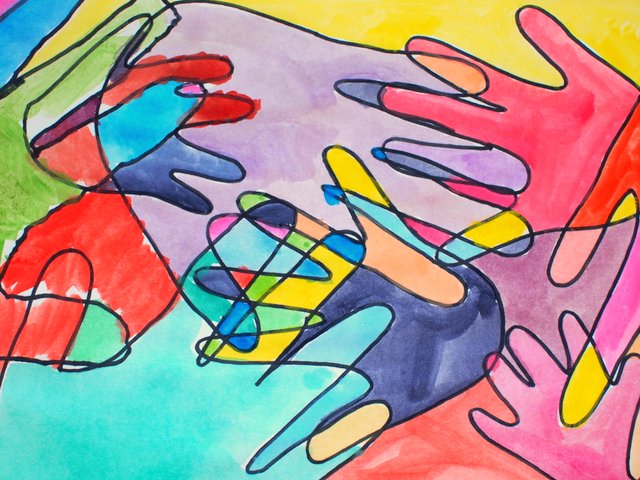 Today we are going to be having a fundamentally philosophical conversation, so the fact that so many of you would turn out for it is first a tribute to you and second a tribute to Bill and our distinguished panel, and I’ll get to that. But it is in particular a tribute to Kayla Drogosz, and I just want to thank Kayla for working so hard to make sure that the word of this event got out.

When we started the planning I said, if we get 30, 40 people for an event like this in Washington that would be amazing and Kayla said nope, we’re going to get a hundred or more and she succeeded and I just want to thank Kayla so much. And while I am thanking people I also very much want to thank the Pew Forum: Melissa Rogers, Kirsten Hunter, Heather Morton, Amy Sullivan, Sandy Stencel. I want also to thank here at Brookings Christina Counselman, Doug Wilson, Jung Ju, Gina Russo, Colin Johnson, Fred Dews and Gary Harding. This is a co-production of the Pew Forum on Religion and Public Life and the Brookings Institution.

I also want to offer a special welcome to Bill’s wife Miriam, who is here today, and who is a very serious philosopher in her own right.

I also want to thank Common Cause, the University of Maryland, and Will Marshall of the Progressive Politics Institute. Will always jokes that when I quote certain people in his organization I describe them as moderate and when I quote him I describe the organization as center right, which is not fair at all to Will, a genuine progressive, but thank you for your help. When I called Will, he said I will do anything for Bill Galston and that’s how a lot of us feel.

I just wanted to take a couple of lines from it because I think they are right. “Among academic liberals and professional political theorists,” Peter Berkowitz writes, “William Galston is exemplary. In several fine books he has undertaken extensive engagement with the work of his contemporaries. A professor at the University of Maryland, he is a good citizen of his discipline, bridging the divide between the philosophically and empirically oriented students of politics, regularly attending workshops and conferences and commenting generously on the work of others.”

And then he goes on: “Caught between the moralistic relativism of the multi-culturalists and the authority and liberalism of the deliberative democrats” — we’ll have people taking issue with both of these views today — “academic liberalism by the late 1990s was once again in need of a sympathetic and synthesizing perspective, one that could counter its excesses, as well as those of its critics. To a significant extent, William Galston’s book succeeds in providing it.”

And I must say one of my favorites lines, and it probably reflects the mushy side of my politics, Bill writes in the course of this book, “The most difficult political choices are not between good and bad but between good and good.” This is a wise and one might say Isaiah Berlin-ish insight and we’ll be hearing, I’m sure, about Isaiah Berlin today.

This panel itself is exemplary. Bill, as you know, is a political theorist who both studies and participates in American politics. All American presidential campaigns are part of his large participant/observer study of American politics. He was deputy assistant to the president for domestic policy during the first Clinton administration, and executive director of the National Commission on Civic Renewal. He served as director of economic and social programs at the Roosevelt Center for American Policy Studies in Washington. He has worked on many political campaigns, some of them successful. Since 1995 he has served as a founding member of the board of the National Campaign to Prevent Teen Pregnancy. He’s chaired the campaign’s task force on religion and public values. He is currently director of the Institute for Philosophy and Public Policy. His teaching and research interests include social policy, family policy and also education policy. At the same time he deals with the large philosophical issues that we are discussing today.

In a sense we have critiques from very different points of view to comment on Bill’s book, and we are very grateful for our friendly critics here today. For me the most important thing about Steve Macedo is that he grew up in New Bedford, Massachusetts, 15 miles down the road from Fall River, Massachusetts where I grew up, so I feel a strong kinship. He is the Lawrence S. Rockefeller Professor of Politics and he’s also the director of the Center for Human Values at Princeton University. He is the author of many books, including Diversity and Distrust: Civic Education in a Multi-Cultural Society. He is also the author of a book, whose title is almost identical to several of Bill’s books, Liberal Virtues: Citizenship, Virtue and Community in Liberal Constitutionalism.

In some ways our discussion today is a continuation of a very long dialogue between Steve Macedo and Bill Galston and we are so grateful that he is joining us today. Dr. Macedo was a professor in the Government Department at Harvard. He also taught at the Maxwell School in Syracuse. He earned his BA at William and Mary, Master’s Degrees at both the London School of Economics and Oxford and his MA and PhD from Princeton, so he has now gone home.

And finally Nicholas Wolterstorff has just retired from his position as the Noel Porter Professor of Philosophical Theology at Yale University, where his primary appointment was at the Divinity School. He also had adjunct appointments in the Philosophy Department and the Religious Studies Department. After receiving his PhD in philosophy from Harvard University he taught for 30 years at Calvin College and came to Yale in 1989. Dr. Wolterstorff has been president of the American Philosophical Association and the Society of Christian Philosophers. He has given the Gifford Lectures at St. Andrews University, one of the truly most distinguished set of lectures anyone can be invited to give, the Wilde Lectures at Oxford – that wouldn’t be Oscar Wilde, would it – and the Taylor Lectures at Yale. He’s written and published widely. His books include John Locke and the Ethics of Belief, Divine Discourse, Faith and Rationality, and, I love this title, When Justice and Peace Embrace. His most recent book is Religion in the Public Square with Robert Audio. And he is now working on a book on justice and rights and he’s going to take a transcript of this conversation and put it right into that new book.

Anyone who knows Bill Galston knows why all of us who know him respect him hugely as an intellect and as a person who’s made a great contribution to our civic life.