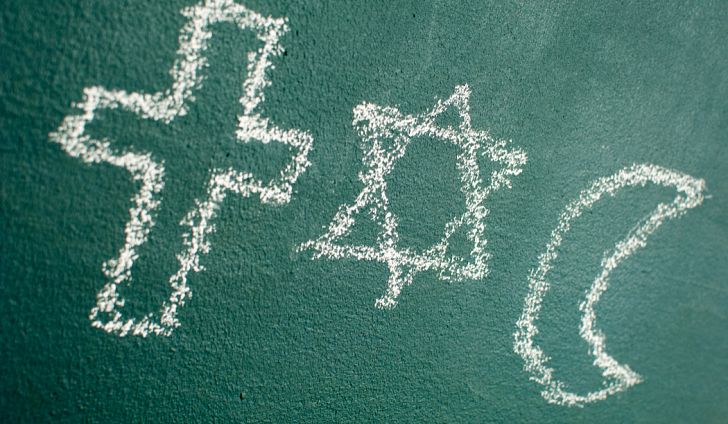 “Why Tolerance is Not Enough: Myths about Pluralism” seemed a promising enough discussion, and in theory the topic and speakers were perfect choices. The Veritas Forum event on March 4 was described as an exploration of “the myths and challenges behind our new religious reality,” and with Dr. Diana Eck, a Harvard Professor of Comparative Religion and Indian Studies and head of the Pluralism Project, and Dr. Vinoth Ramachandra, the Secretary for Dialogue & Social Engagement for the International Fellowship of Evangelical Students, the talk seemed sure to be engaging.

But theory and reality were unfortunately quite separate in this case. Instead of a debate of pluralism in modern society, or even a cursory discussion of pluralism myths, the forum devolved into a vague meditation on faith. Although the audience heard plenty on the importance of pluralism, it heard little in the way of how it can be achieved, how governments and individuals play a role, or even a concrete definition of the term.

The main problem of the night was the focus on the speakers’ personal stories of faith. While Dr. Eck and Dr. Ramachandra’s descriptions of their respective religious beliefs were interesting, they also allowed little time for the forum to delve into a deeper discussion of pluralism. Knowing that Dr. Eck has perhaps “been to more Hindu temples than any other Methodist” ultimately provided little insight into the real topic of pluralism.

Worse still, moderator Rodney Peterson, the Executive Director of the Boston Theological Institute, encouraged the speakers to get off topic. Instead of pushing them to address the theme of the evening, Peterson continued to question Eck and Ramachandra on how their personal histories. At one point during the forum, when the talk began to approach the advertised topic, Peterson joked about how little the forum had managed address its advertised subject.

The most excruciating part of the forum certainly came with the audience’s opportunity to ask questions of the two speakers towards the end of the evening. It seemed that student after student took their time at the microphone to ask about how they could reconcile their Christian faith with the need to engage with those of other faiths in the true spirit of pluralism. Probing questions were replaced with requests for step-by-step instructions for modern Christians living in a pluralist society. Regardless of the Veritas Forum’s Christian leanings, the focus on the Christian experience alone missed the point of having a discussion of pluralism in the first place.

The Veritas Forum, it should be mentioned, is a Christian organization and takes no pains to hide the fact. The programs advertised how the Forum seeks to discuss “the relevance of Jesus Christ to all life” and relate important debates to “the person and story of Jesus Christ.” But even with these Christian ties, it was nothing short of a disappointment to see a discussion of religious diversity become so one-side.

Where was the discussion of how different faiths interact in the United States? Why was there no mention of the idea of secular governments and how they relate to the idea of pluralism? And most damming of all, where was the mention of pluralism myths, the very tagline of the event? To see what could have been an engaging discussion between two such interesting speakers turn into so much less was both disappointing and frustrating.

All this negativity does come with a few caveats. The forum was by no means boring. In fact, Dr. Ramachandra’s story of his own path to Christianity was an inspiring one and said much about how he was able to live in a pluralist society. But the talk on that Friday night and the advertised Forum simply did not match. The big questions were left unanswered and untouched, in that respect the Forum truly failed.