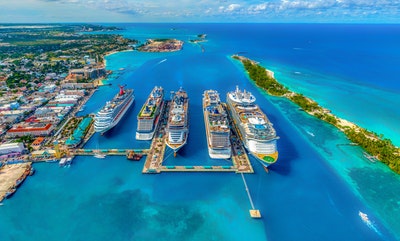 I that one reason I reject the Kalam Cosmological Argument is because it requires an A Theory of time, but most physicists reject the A Theory. Why? The first reason is special relativity. So last time, I claimed that . Now I explain Einstein’s theory itself.

And as we discussed , the laws of motion are the same for any reference frame in uniform motion. You can play tennis on a planet traveling at 50 million mph (relative to Earth) just as well as you can on Earth.

Let there be light

Here’s another question: Are the laws of electromagnetism () the same for any reference frame in uniform motion?

Think about it. If you’re standing still and I drive toward you at 70mph and shoot you with a Nerf dart gun, that foam dart is going to hit you a lot faster than if I shoot you with the dart gun while standing next to you. Why? Because when I’m driving at you, your speed (relative to the Nerf dart) is the speed of the dart after it leaves the gun, plus the speed of the car.

So this is true of electromagnetic waves like light, too, right?

Microwaves on another planet

Well, it must not be empty space, then. There must be a very light, invisible substance pervading all of space that light can be a disturbance of in order to move. Early physicists called this substance the “ether.”

But hold on a minute. Remember that you can play tennis on a planet in a distant galaxy that is moving at 80% the speed of light relative to Earth. That’s because the laws of motion work the same for any reference frame in uniform motion. So here’s another question: Can you successfully use a microwave oven on this distant planet?

Your intuition probably says “yes,” and you’d be right. You don’t have to adjust for your speed (relative to Earth) in order for the microwave to work properly. And yet the microwave is operating with electromagnetic waves!

So my intuition that the speed of light (relative to me) depends on the speed of the observer was wrong. The speed of light is the same for all reference frames in uniform motion. My second intuition – that I could use a microwave oven on a distant planet moving very fast relative to Earth – turned out to be correct. I just hadn’t noticed that these two intuitions were in conflict.

Now one might wonder: If all special relativity says is that I can use a microwave oven on a distant planet moving very fast relative to Earth, then why do people think it’s hard to understand special relativity?

The thing is, once you accept that you can use a microwave oven on that distant planet, then some very odd implications for space and time arise.

More on those, later.