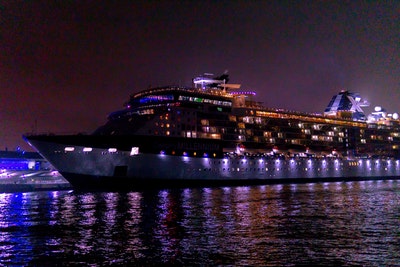 Neurosurgeon and intelligent design supporter , of the Discovery Institute, wants to know more about what the New Atheists think, so he :

1) Why is there anything?

2) What caused the Universe?

3) Why is there regularity (Law) in nature?

4) Of the Four Causes in nature proposed by Aristotle (material, formal, efficient, and final), which of them are real? Do final causes exist?

5) Why do we have subjective experience, and not merely objective existence?

6) Why is the human mind intentional, in the technical philosophical sense of aboutness, which is the referral to something besides itself? How can mental states be about something?

7) Does Moral Law exist in itself, or is it an artifact of nature (natural selection, etc.)

I’m not expecting a treatise on each. Theists don’t have all the answers. I don’t expect New Atheists to have them either. But each metaphysical tradition — Catholic, Protestant, Jewish, Islamic, Buddhist, animist, old atheist, heck, even Scientologist and Raelian — has addressed at least some of these questions, for better or worse. How do New Atheists address them?

Myers’ response is particularly odd. The above questions, except for #8 (if “evil” means “suffering”), are deep and open questions that challenge everyone from Joe the Plumber to our greatest scientists and philosophers. But Myers calls them “fusty nonsense” and “far out.” He also declares that Egnor is lying when he says he genuinely wants to understand the New Atheists.

I’ve never thought of myself as a New Atheist, but maybe the label fits, I dunno. In any case, I’ll fire out some quick answers that are nonetheless more substantial than those of Benson, Myers, and Moran.

Note that that scores of long, dense books have been written on each of the questions. I also think that, as it happens, each of these questions (except #8, if “evil” means “suffering”) are open questions in that humanity does not yet have a very certain answer yet, as we do about many other questions. Obviously, I very much doubt that “God did it” provides an answer to any of these questions, but let me point instead toward a positive answer for each one.

1) Why is there anything?

I assume the question is “Why is there something rather than nothing?” I don’t know the answer, and haven’t studied the subject much. Stephen Hawking’s certainly doesn’t provide an answer, and I’ve read almost none of the scholarly literature on the subject, for example Bede Rundle’s .

I will say it has always struck me as an odd question. The assumption seems to be that non-being (“nothing”) is somehow more fundamental than being (“something”), and that we need an explanation of why there is being instead of only non-being.

But this supposition must be another strange intuition of the human species, because I see no evidence for it. We have never discovered non-being. Even the blackest depths of outer space are filled with a soup of quantum fluctuations. Perhaps non-being is impossible! I don’t know. But all the evidence we do have can only suggest that it is being that is more fundamental than non-being, in which case the whole question is wrong-headed.

2) What caused the Universe?

I have no idea. Physicists are working on this one, but it may be a very long time before we have a decent answer. Theologians and metaphysicians have an absolutely terrible track record in answering these kinds of questions, so I’m holding out for the physicists to tell us.

3) Why is there regularity (Law) in nature?

This is another subject I haven’t studied much. I have no idea. But I can tell you one thing: The probability that we would observe regularity if naturalism is true and we exist as observers is 100%, because if we didn’t live in a universe of regularity, we wouldn’t exist.

4) Of the Four Causes in nature proposed by Aristotle (material, formal, efficient, and final), which of them are real? Do final causes exist?

A quick refresher for the readers: For Aristotle, the word “cause” meant, basically explanation. A material cause, then, is just the stuff something is made of. A formal cause is the form or arrangement of that matter. An efficient cause is the source of a thing’s motion or rest. A thing’s final cause is its purpose (e.g. the purpose of a sailbot is sailing).

Are things made of stuff? Sure. Do everyday objects consist in certain arrangements of stuff? Sure. So I believe in material causes and formal causes. (There is some controversy about what Aristotle meant by “formal cause,” but if you take the simple interpretation I have above, well, it’s not that controversial that a car comes into being when parts are arranged in a certain way.)

Do things have a source of their motion or rest? This “efficient cause” is what scientists usually refer to when they say “X causes Y,” and it is harder to justify. I think this kind of cause is a metaphysical concept, difficult to justify for standard Humean reasons. It may be useful for everyday speech even if we cannot justify it, and in any case, science does not need its concept of “cause” in order to make successful predictions about the world. Despite my doubts about scientific causation, I employ the word normally so that I can avoid having to dance around the word or give a lecture on contemporary metaphysics every time I use it.

Do many things exist for a certain purpose? If scientific (“efficient”) causes exist, then final causes probably exist, as a special case of scientific cause. A sailboat exists because some particular apes had purposes (or “intention”, a brain state) to use it for sailing or, more likely, to sell it. But Aristotle thought some things might have a purpose even without reference to some intelligence, and I’m not sure how to make sense of that.

5) Why do we have subjective experience, and not merely objective existence?

This is a very interesting question that, alas, I’ve not had time to study much. I’m not persuaded that various theories of dualism (including Chalmers’) can answer the question, but I certainly don’t know the answer.

I suspect the question of how consciousness can arise from non-living matter is going to end up like the old question of how life can arise from non-living matter (it wasn’t ). It might not be that we suddenly discover an Answer to the questions of consciousness, but instead as we learn as much about the brain as we have about biology and molecular biochemistry, the very question may simply fade away and not be that mysterious.

6) Why is the human mind intentional, in the technical philosophical sense of aboutness, which is the referral to something besides itself? How can mental states be about something?

Again, not a subject I’ve studied much. It looks pretty obvious to me that the “intentional stance” and mental states of “aboutness” have evolutionary utility, but a more specific answer will require lots of work. For the curious, I recommend , which provides both a summary and critique of some leading theories of aboutness.

7) Does Moral Law exist in itself, or is it an artifact of nature (natural selection, etc.)

Clearly, the fact that most of us act morally and feel morally obligated is an evolved trait – one that , and that we are .

But what about the “Moral Law” itself? Whether we act morally or not, are there facts of the matter about whether certain things are really right or really wrong?

As far as I can tell, Egnor is asking about : “Is moral realism true? And if so, how?”

That’s a tough question for me to answer, because I consider myself a moral realist, but according to some specific definitions of moral realism I am not. As always, “it depends what you mean.”

My own meta-ethical views place an unusual emphasis on philosophy of language, something I’ll be summarizing (without using phrases like “philosophy of language”) in my upcoming talk, . You’ll also get a good sense of my own thoughts on moral realism in my podcast with Alonzo Fyfe: .

If the question is about moral evil, then I can only refer you to my answer to question #7. But I will take the question to be about the “problem of evil,” namely: “Why is there suffering?”

On the scientific view, there is suffering because certain animals evolved pain and pleasure mechanisms because they were adaptive. The existence of suffering is not confusing at all except for those who make the extreme, bizarre claim that the universe is governed by an all-powerful (!!), all-knowing (!!), and omnibenevolent (!!) deity.

Mr. Egnor says he will post his own answers to these questions shortly. My prediction is that his answers will look something like this:

Update: Egnor posted his answers, then took them down, but saved it.