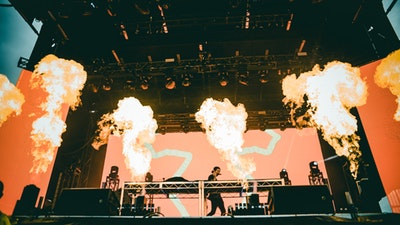 In comments to , commenters brought up the issue of self-sacrifice.

The example that commenters brought up was that of a soldier throwing himself on a grenade. One of the claims being made is that each agent wanted to surround himself with others who were willing to throw themselves on a grenade, without being that type of person himself.

Of course, we are supposed to also accept the assumption that if nobody throws themselves on the grenade, everybody dies or suffers some similar mishap.

Technically, this assumption is seldom true and the military does not specifically want soldiers throwing themselves on grenades. They want a soldier’s first instinct to be to duck and cover so that everybody lives. It is better that all of the soldiers live than that one of them dies, and grenades are not so fatal that a guaranteed death is the best option.

We would have to be talking about a special case involving soldiers in a cramped, confined space with no place to hide.

But there is not much of a difference, really, between throwing oneself on a grenade and charging a machine-gun nest to silence it, or running across an open field to get a message to headquarters. In all of these cases, an agent acts on a desire that the rest of the people in the unit are kept well-off, and this is worth more than everything else the agent values.

Yes, throwing oneself on a grenade would thwart a number of other desires the self-sacrificing soldier may have. However, the agent acts so as to fulfill the most and strongest of his current desires. Life is full of trade offs. The chocolate cake that you eat involves sacrificing the lean and trim body one would like to have. However, if you want the chocolate cake more than the trim body, you eat the chocolate cake. If you want the well-offness of your brothers in arms more than all other things combined, you throw yourself on the grenade.

So, my question to those who raise the claim that there is “betterness” in being somebody who wants things other than the well-being of his brothers in arms, why is that “better”? Particularly given the assumption that wanting such things will actually bring about a state in which everybody dies?

The claim that soldiers automatically have the most and strongest reason to prefer giving others a desire to throw themselves on the grenade while refusing to adopt the sentiment themselves must be based on one of two assumptions – both of which are false.

The first assumption is false – a soldier with a deep concern for the well-being of his brothers in arms is not one who would prefer his fellow soldiers sacrifice themselves to protect his life. The second option is false because no reason for action independent of desires exists.

In the first case, somebody may accuse me of begging the question. We are talking about the reasons why people who do not have such a concern for the well-being of their fellow soldiers would have reason to adopt one.

On the level of the individual, throwing himself on the grenade best fulfills his desires, given his beliefs. Any set of options that aim for, “Create a set of desires in others but not in me” ultimately, in practice, reduce to Option 2 above when everybody decides to adopt it.

If we were to imagine a fantasy world with some sort of enchanted elixer – where those who drink it will adopt this concern for their brothers in arms – we can imagine a case in which an agent may have personal reason to feed it to everybody else while refusing to drink from it himself.

However, even in this case, soldiers generally have reason to cast the individual in this fantasy story as the villain. People generally would still have the most and strongest reason to call such a person evil, and to condemn him – by proxy condemning everybody in society who would dare to think like him. When thinking in terms of what people generally have reason to praise or condemn, feeding the elixer of self-sacrifice to others would fit into the “condemn” category.

In this case, even the villain would have reason to join in the condemnation of such an agent. After all, his condemnation is a part of the formula by which he promotes this concern for one’s brothers in arms in others. Praising the act that he himself is performing would defeat his purpose.

The same is true about moral sentiments in general. The aversion to taking what belongs to somebody else will not spring into existence the instant somebody sees their neighbor’s $1,500 camera sitting there unguarded. We want the aversion in place, so that the agent will act (or not act) on that desire when the opportunity to take the camera arrives.

The trick is to work in advance of the grenade showing up to have the soldiers in the right frame of mind when that situation arises. The trick is not to try to create that state of mind in the three seconds between the arrival of the grenade and when it goes off.

The same general story is true in all of morality. The trick is to put people in a mental state where taking the expensive camera you leave on your desk, raping your daughter, murdering you so as to take over your company or to get your job, simply is not an option. At the time of action, acting so as to fulfill the most and strongest of one’s own desires simply does not support those types of actions.