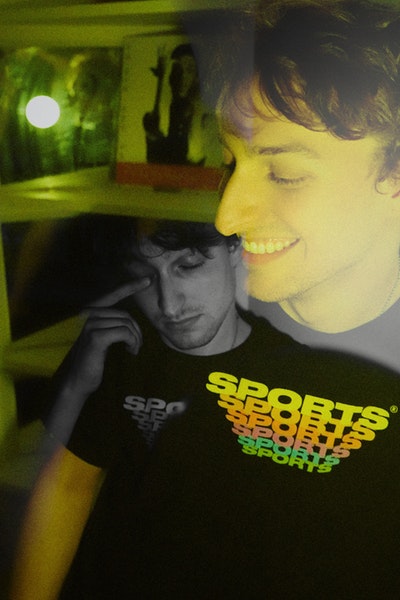 Sam Harris’ argues that science can tell us what is morally good and bad, right and wrong. Stand aside, philosophy: science is here to save the day once again!

Harris’ main enemy this time is moral relativism, which he represents with a quote from Donald Symons:

If only one person in the world held down a terrified, struggling, screaming little girl, cut off her genitals with a septic blade, and sewed her back up, leaving only a tiny hole for urine and menstrual flow, the only question would be… whether the death penalty would be a sufficiently severe sanction. But when millions of people do this, instead of the enormity being magnified millions-fold, suddenly it becomes “culture,” and thereby magically becomes less, rather than more, horrible…

Behind the shitty book cover is Harris’ crisp, exciting prose – this time discussing moral philosophy, but with plenty of arrows fired at religion along the way.

Harris’ central claim is that:

…questions about values – about meaning, morality, and life’s larger purpose – are really questions about the well-being of conscious creatures. Values, therefore, translate into facts that can be scientifically understood: regarding positive and negative social emotions, retributive impulses, the effects of specific laws and social institutions on human relationships, the neurophysiology of happiness and suffering, etc.

Now, here’s the thing. A great many moral philosophers would agree that if we define morality in terms of the “well-being of conscious creatures,” then obviously most of moral theory becomes a science. When you ask “What actions, desires, institutions, laws, cultures produce the most well-being in conscious creatures?” – well, that’s an empirical question! (Assuming you define “well-being” in terms of a certain brain state.)

The question is really this: Why should we define morality in terms of “the well-being of conscious creatures”?

I don’t think Harris’s criterion – that we can use science to justify maximizing the well-being of individuals – is valid… Harris is smuggling in an unscientific prior in his category of well-being.

we must smuggle in an “unscientific prior” to justify any branch of science. If this isn’t a problem for physics, why should it be a problem of a science of morality? Can we prove, without recourse to any prior assumptions, that our definition of “physics” is the right one? No, because our standards of proof will be built into any definition we provide.

What to do? Harris defines “good” as “that which supports well-being.” And, he’s a consequentialist, so he thinks we ought to maximize the well-being of conscious creatures.

Harris repeatedly says we “must” define morality in terms of the well-being of conscious creatures. But why?

It is difficult to extract Harris’ argument for why we “must” define morality in terms of the well-being of conscious creatures instead of something else. Mostly, he asserts this position and then responds to objections, and offers a few stories as intuition pumps. But when it comes to positive argument, his case is thin.

I did find a few hints of a positive argument. For example he writes:

Let us begin with the fact of consciousness: I think we can know, through reason alone, that consciousness is the only intelligible domain of value. What is the alternative? I invite you to try to think of a source of value that has absolutely nothing to do with the (actual or potential) experience of conscious beings… whatever this alternative is, it cannot affect the experience of any creature… Put this thing in a box, and what you have in that box is – it would seem, by definition – the least interesting thing in the universe.

…Now that we have consciousness of the table, my further claim is that the concept of “well-being” captures all that we can intelligibly value. And “morality” – whatever people’s associates with this term happen to be – really relates to the intentions and behaviors that affect the well-being of conscious creatures.

But here, it’s again difficult to locate a positive argument that morality is concerned well-being.

And, perhaps “well-being” is a question-begging term. Is well-being defined in terms of moral goodness? Then Harris’ claim is empty and circular. Or perhaps well-being just means happiness? Then his claim is not circular, but is probably false. We humans value other things than happiness, which is why many modern utilitarians speak of maximizing “preference satisfaction” or “desire satisfaction” rather than happiness.

Harris makes another attempt to justify his position later on:

Moral view A is truer than moral view B if A entails a more accurate understanding of the connections between human thoughts/intentions/behavior and human well-being.

But now, this only begs the question in favor of “well-being” again. So again we ask: Why “must” we define moral goodness in terms of the well-being of conscious creatures? What is the positive argument for this?

Despite Harris’ whirlwind tour of popular highlights from the last 50 years of moral psychology and moral philosophy, I could not find much positive argument for Harris’ position.

In fact, I could not even get clear on what his position was. It appears he thinks something is “morally good” if it helps to maximize the well-being of conscious creatures. But why doesn’t the well-being of non-conscious creatures matter? What is well-being, and why should it be maximized instead of preference satisfaction or desire fulfillment or happiness or pleasure? In fact, why should well-being be maximized at all? Harris denies that anything has intrinsic value, which means well-being has no intrinsic value. So why should we maximize well-being? Is it because well-being is what we care about? If so, what about the other things we care about besides well-being? Or does Harris define well-being so that it, by definition, encompasses everything we care about? What are the primary objects of moral evaluation? Acts? Rules? Desires? Institutions? Are one of these central, such that the others derive their valence from it? If not, what if they come into conflict?

But perhaps Harris’ position isn’t clear in the book because it isn’t even clear in his head. Maybe he thinks we’re not that far along yet in the science of morality, and we can’t answer those questions. So maybe he can’t really define his position clearly or give a persuasive positive argument in favor of it, but nevertheless he suspects this is the right way to go, and we just need time to develop it more clearly.

If so, fair enough, though that stance is much weaker than how he puts his claim at the opening of his book or in his .

How has science shown that morality must be defined in terms of “the well-being of conscious creatures”? Harris does not say. As far as I can tell, he doesn’t even say how philosophy has “shown” any such thing. But his book, at least, is an enjoyable read, and will spark many, many conversations on my favorite topic: What is morality?