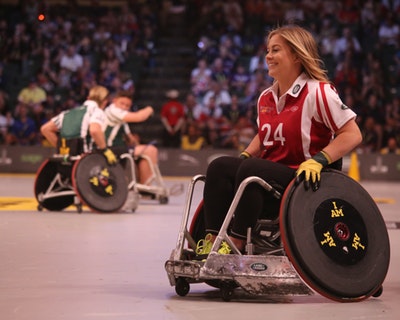 People quite commonly confuse desirism with a related theory that could accurately be called “desire fulfillment act utilitarianism”.

The latter theory says, “Thou shalt perform that act that maximizes desire fulfillment.” A lot of the objections that I hear to desirism are from people who say, “Prove it is the case that I should maximize desire fulfillment.” The idea is that if I cannot prove such a claim (which I cannot) then this proves that desirism is to be rejected.

However desirism does not state “Thou shalt maximize desire fulfillment.” In fact, it rejects that ethic as being entirely undoable.

Though I will use that argument in the defense of desirism before his post is through.

So, what is the argument from slavery against act utilitarian theories?

“I can imagine a society with slaves and masters where the masters are gaining more utility than the slaves are using. Your theory tells us that, if this is the case, then slavery would be permissible. However, slavery is never permissible. Therefore, act-utilitarian theories suck.”

The fact of the matter is that we are surrounded by cases in which slavery appears to maximize utility and, where slavery maximizes utility we do, in fact, argue that it is permissible – in some cases, obligatory – to institute slavery.

In the case of slavery, you do the work and somebody else collects the benefit. You are working in their cotton field and they are taking and selling the cotton. You must do as you are told. You have no freedom to leave and do what you want – though you may ask for permission to do what you want.

So, we’re going to institute slavery. Of course, slavery needs to produce a great deal of positive utility. We will enslave people only when the potential utility of slavery is very high or the potential disutility of the lack of slavery is very high. Of course, we will need to minimize the unhappiness of the slaves. Therefore, any benefit that we can provide the slaves that does not harm the utility-producing benefits of slavery must be permitted.

So, let’s talk about a threat to the whole of society, where an invading army is threatening to conquer the population and subject it to their will. In defense against this aggressor, we opt to enslave the most fit members of society – those that can produce the greatest benefit – and force them to fight. We will enjoy the fruits of their labor – taken from them by force or threat of force. Of course, we will allow the slaves to enjoy whatever benefits that do not threaten the quality of their output as slaves. That is to say, once they have served their time, and they are no longer sufficiently useful, we will let them go free.

I am talking, of course, about the institution of conscription, which the United States has adopted several times since the Civil War. Conscription is forced labor – “involuntary servitude”. You do the work, whether you want to or not, and others obtain the profits. Consistent with the utilitarian requirement, these slaves are permitted freedoms that do not inhibit their usefulness as slaves.

Many of them will die.

For another example of morally permissible slavery, look at your paycheck (assuming you get a paycheck). Look at how many hours you work each pay period where somebody else takes the fruits of your labor. Now, in typical act-utilitarian fashion, you are allowed to choose what work you do as a slave – you have the option of doing the work that you enjoy most. But it is no less of an example of slavery for the slave master to say to his ten slaves, “I have five jobs that need doing. I will let you decide among yourselves which jobs each of you will do. And those who do not work, do not eat, unless those who do work are willing to share their food.”

Of course, in both of these cases, the slaves themselves gain some of the benefits of the institution of slavery. Yet, the southern slave owner said the same thing – that his slaves were obtaining some of the benefits of slavery. The slave was provided with food, clothing, shelter, and the freedom of never having to make a decision for themselves.

The problem with slavery in the 1800s and the types of slavery actually permitted is that slaves are denied even large benefits that impose slight costs on the masters. Where forms of slavery can be found in which the slave obtains those increases to happiness at small costs to others, slaves are provided those benefits and the institution of slavery in some form continues to this day.

Now, this argument applies to the thesis that we should perform those acts that maximize happiness or pleasure or preference satisfaction or desire fulfillment.

But those are act-utilitarian theories.

(2) An act is right – that is, there are few and weak reasons to condemn a person who performs such an act – if it the act that a person with good desires would have performed.

(3) An act is wrong – there are many and strong reasons to condemn somebody who performs such an act – if it an act that a person with good desires would not have performed.”

On the issue of slavery, we are asking whether people generally have reason to use social forces such as praise and condemnation to promote a strong widespread love of liberty and aversion to violations of liberty.

Remember, for each and every one of us, when it comes to compelling people to do that which is in the interested of others, there are a whole lot of others in the world. The odds that one of them will make you serve them is significantly greater than the odds that you can make them serve your interests. Besides, compelling others to serve one’s interests requires assistants. Furthermore, it requires assistants with no love of liberty. Assistants with no love of liberty are not the most reliable of friends.