If religious traditions, belief systems, and moral frameworks are the result of a genuine commitment to and search for the truth, then disagreement of truth claims among adherents must be taken as a sign that some, or even all, of the searches have failed. How can this be a good state of affairs?

What is the value of pluralism? The European Court of Human Rights (ECHR), in a discussion of the importance of freedom of religious thought, conscience, and belief, says the following: “The pluralism indissociable from a democratic society, which has been dearly won over the centuries, depends on it.”

The ECHR statement suggests that democracy is a necessary condition for pluralism, but this seems unlikely. Far more plausible is the claim that the existence of democratic society is sufficient for a high degree of pluralism. The freedoms that liberal democracy brings inevitably lead to differences and disagreements, even between people uprightly striving to seek the truth. What John Rawls called the “burdens of judgment” make it reasonable to expect that when a question is not solved by empirical evidence, liberty of belief will result in difference of judgment. So some degree of pluralism does indeed seem to be a natural result of liberal freedoms.

The ECHR seems to go further, however, in referring to this pluralism as “dearly won.” The suggestion here is that there is something beneficial to the fact of pluralism in itself, something of value to the fact of competing religious traditions, belief systems and even moral frameworks. This claim seems problematic. After all, if religious traditions, belief systems, and moral frameworks are the result of a genuine commitment to and search for the truth, then disagreement of truth claims among adherents must be taken as a sign that some, or even all, of the searches have failed. If two religious traditions make incompatible truth claims—about the nature or identity of the divinity, for example—then at least one of those traditions must be wrong in at least that particular. How can this be a good state of affairs?

It is instructive, perhaps, to compare the situation of religious pluralism with that of moral pluralism over an issue of grave significance. Those who consider the destruction of unborn life unjust must think of the disagreements that underlie such assaults as roughly parallel to the disagreements that underlay slavery: they can and must be overcome because overcoming them will rectify a tremendous wrong. Thus, to the extent that there is genuine pluralism about unborn human life—a principled disagreement between persons of mutual good will—it would be indecent to speak of this pluralism as “dearly won.”

If there is a truth in questions of religion, as there must be (including the possibility that all religions are false), then talk of a pluralism of religious belief as being “dearly won” must be wrong-headed. But what is the difference, for, say, a pro-life Catholic Christian, between the existence of a pro-choice ideology that is widely recognized as occupying a reasonable space of belief, and the existence of Islam, Hinduism, or Buddhism, religious belief systems the truth of which is clearly incompatible with the truth of Catholic Christianity? Or suppose a widespread and accepted pluralism about the morality of slavery; how would this differ from widespread religious pluralism?

It is certainly possible for error to accompany what is good. The pursuit of scientific achievement depends upon a process of trial and error; excellence in play or work comes about through the overcoming of error; and mistakes can create the opportunities for artists to creatively transcend what they otherwise thought possible. Errors can therefore be embraced as a necessary side effect of pursuing the good, and as a means of discovering new truths. 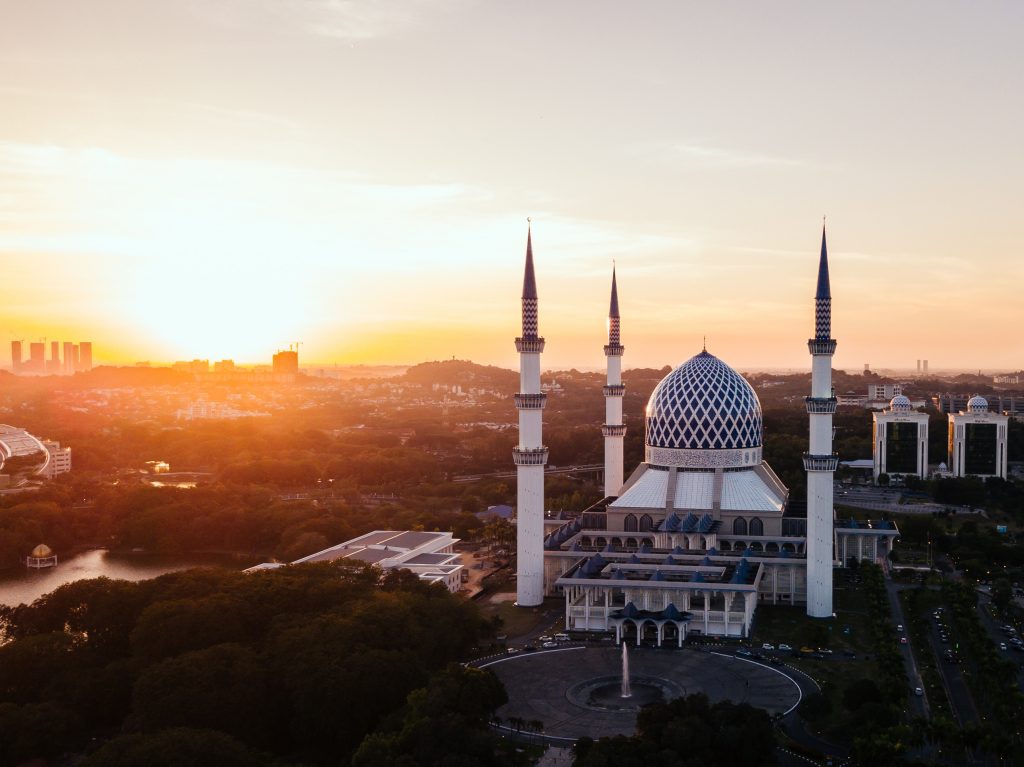 Injustices, on the other hand, are intrinsically to be avoided; they cannot be acceptable as side effects. Like errors, they may be overcome, but they cannot be embraced as a beneficial aspect to progress towards what is good. Yet some injustices are linked intrinsically and inevitably to some errors. These errors cannot be considered benign or beneficial as the errors just discussed can be. Errors about the equality of persons that underlie the practice of slavery, for example, must be considered as baleful as the injustices they underwrite.

Disagreement and pluralism about religion must be taken as signs of error, for reasons I have already mentioned. And the errors that result from religious disagreement may lead to injustice in various ways. For example, particular false religious claims can lead to injustice. A religion that asserts the moral acceptability of human sacrifice results in injustice if put into practice.

The fact that religious pursuit can end in error does not impugn that pursuit, for most worthwhile pursuits bring with them the possibility of error. Furthermore, it is not religious disagreement and error as such that is responsible for the injustices to which religions have given rise. If the good of religion is itself important—that is, if it is valuable for human beings to pursue knowledge of, and a relationship with, whatever greater than human source of meaning there might be—then the injustices associated with religion are detachable from that value and its pursuit, even when that pursuit is in some respect or other in error. While the injustices that arise by accident, as it were, from religious disagreement may be indecent, neither religion itself, nor religious disagreement as such, need themselves be indecent. 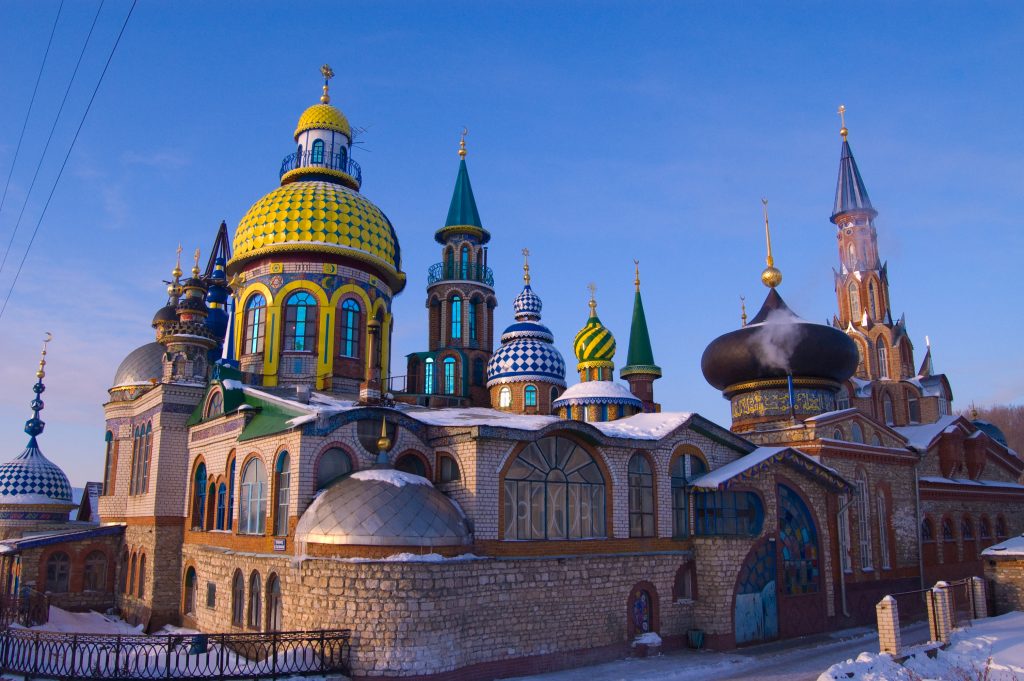 It is, however, precisely disagreement about the value of nascent human life that leads to injustices against unborn human beings. While the errors resulting from such disagreements need not impugn the value of any practices with which they are accidentally associated, such as the practices of science and medicine, these errors, and the disagreements to which they give rise, are of no value at all. Their perpetuation must be considered indecent to any who recognize squarely the terrible injustices to which they lead. The case is similar with the errors that lead to slavery.

How can the errors that result in such injustices be overcome? And, if these can be overcome, why cannot the errors of religion be similarly overcome? Two main differences between judgments concerning the unborn and judgments concerning the divine are crucial. First, both the scientific judgment that unborn human beings are just that—individual human beings, members of the species Homo sapiens—and the moral judgment that all human beings are to be treated with basic moral respect—the sort of respect that demands immunity from unprovoked violence—are judgments entirely available to natural reason. They can in principle be shared by all human persons capable of intellection, without going beyond the evidence or relying upon faith in revelation or authority. But, clearly, the judgments of religion, while often founded upon reasonable claims, nevertheless go beyond what is available to natural reason, and require faith. While it certainly seems possible for the divine to guide all mankind to a uniformity of faith, such a possibility cannot be expected of human persons operating exclusively under the steam of their own natural reason.

Still, given democratic freedoms, some disagreement about the morality of abortion is inevitable, as is some degree of divergence in practice from the relevant moral norms. But here is a second difference: true judgments about the nature and moral worth of the unborn may justifiably be enforced by law even over those who disagree with those judgments, for falsity here, as mentioned, results in significant injustice, and the matter is in principle one for which natural reason is sufficient. So a convergence of practice, even if not a complete convergence of belief, could reasonably be desired, pursued, and achieved where the value of unborn human life is concerned.

But religious belief and practice are unlike this. In particular, the practical convergence which could be brought about through permissible means on the matter of unborn life (or slavery) could only be humanly brought about where religious belief is concerned by unjustly coercive means, means which failed to respect the necessity of freedom for the choice to believe and to commit oneself to that which is offered to faith. In other words, moral norms make religious pluralism indissociable from a free society, but such norms do not necessarily require similar forms of moral pluralism.

In consequence, there is, even for truth-seeking religious believers, some reason to celebrate religious pluralism. Given the role that error plays in the pursuit of any worthwhile end, religious disagreement can be a sign that people are taking that pursuit seriously; but, more importantly, it can be a sign that individuals and religious communities are being accorded those political liberties necessary to foster the good of religion.