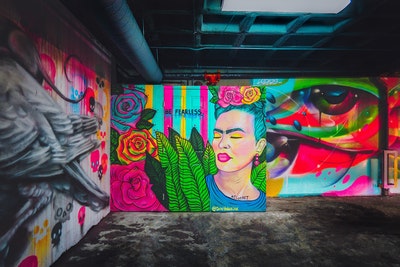 There are no property rights in a state of nature.

I say that because this posting is on the moral category of “theft”. Theft is the taking of property – taking something that belongs to somebody else and treating it as your own – without their consent.

But what is this “belongs to somebody elseness”? How does this or that particular lump of matter acquire this property, and what type of instrument do we wave over it to detect that property? We need to know these things to know whether or not our taking of that property counts as theft.

As such, there is a reason for action, intrinsic to human bodies themselves, that compels each of us to refrain from actions that involve using the body of another person without the consent of its owner.

When each of us mixes our labor with material in the real world, some of our “belongs to meness” leaks out and gets all over that with which we have labored. If I should plant a seed and water it then my “belongs to meness” leaks all over the resulting tree and can be found in the fruits of that tree. This means that you may not use the fruits of that tree without my consent any more than you can use my body without my consent.

One of the questions that arise against this theory is: Exactly how for does this “belongs to meness” leak out when I mix my labor with something?

Let’s say I build a machine whose function is to terraform Mars by giving it a thick atmosphere rich in greenhouse gasses that will keep the place warm, and that is also breathable. I build my machine, hire a ride on a rocket, and sucessfully land it on Mars, where it works for 6 hours pumping out a trace amount of greenhouse gasses, then stops.

Can I then claim all of Mars as my rightful property? I have mixed my labor with Mars. It would seem, then, that it is now mine. If not, how do we discover how far this “belongs to meness” now extends?

Another set of questions arise when we ask, “What actions should I take if my intention is to preserve the natural beauty of some part of nature?” How do I mix my labor with something in order to spread “belongs to meness” all over it when mixing my labor with it will ruin that which has value?

Does the fact that I am willing to fight anybody who would dare step foot on the ground I wish to preserve count as mixing my labor with it? If so, can I then claim that the whole universe, other than that which has has contaminated, now has “belongs to meness” because I hereby express my willingness to do battle against anybody who dares to spread the contamination of humanity anywhere off of Earth?

For a third type of problematic case, assume that a small fire starts in your back yard near your propane tank. Your neighbor’s garden hose is nearby. You can quickly run over, turn on his faucet, and put out the fire with the hose. However, your neighbor is not home. Is there, in fact, a natural property of “belongs to meness” that provides an overriding reason for action that exists that prohibits you from using your neighbor’s hose to put out the fire?

I have used a similar case often in my writings. That case involves a father whose child gets stung by a bee while out on a fishing trip and starts to have an alergic reaction. His car will not start, but another car sits nearby – keys in the ignition – no owner to be found. An absolute prohibition on taking what has “belongs to somebody elseness” says that you are to watch your child die.

The fact is, there is no natural property of “belongs to meness” that requires that the father watch his child die or that you watch your entire home be destroyed in a propane explosion. There is no natural property that leaves us unable to preserve an area in its natural state or to claim whole planets or the whole universe simply by mixing one’s labor with it or declaring a willingness to fight whoever else might try to use it.

We have learned that it is useful to promote the growing of food and the production of tools that we have reason to conceive of this “belongs to somebody elseness” to extend to the products of their labor – the food they grow and the tools they make. Giving others the power to take their food and their tools takes away from the grower or manufacture any incentive to produce food or tools to be taken.

This involves taking a minimum percentage from those who produce food and manufacture tools to establish and maintain a system of police and courts to use on those who have avoided acquiring the appropriate aversions.

“You may not have an aversion to taking our property. However, trust me, you still have aversions and we’re going to make sure that something you are averse to gets realized if we catch you stealing.”

You don’t get to claim all of Mars because you built a greenhouse gas emitter than you landed on the planet and ran for 30 minutes. We have no reason to allow this flow of “belongs to somebody elseness” to flow so far with so little effort. And, remember, it is not a natural property whose flow is determined by the laws of nature. However, if you were to land a habitat on Mars and build a reasonably close-in fence around it, there might be many and strong reason to allow that this plot of land is now yours.

We also have many and strong reasons to allow that there are other ways for property to acquire “belongs to somebody elseness” without “mixing their labor with it.” Where people value the wilderness provided by some section of land, and they are willing to pay or persuade others to give up a claim to it, then this works as well as “mixing one’s labor with it” to acquire property.

We can also expect good people to have a desire for the welfare of their children. Furthermore, we have reason to expect – even to demand – that a good person’s desire for the survival of their child will exceed their aversion to taking that which has “belongs to somebody elseness”.

So, the parent whose child is having an alergic reaction to the bee sting will be averse to taking the stranger’s car to get their kid to the hospital. But they’ll do it, because he has (and should have) an even stronger aversion to the alternative.

Because of this aversion he will feel rotten about having to take the car. He will apologize to the owner and offer compensation. The owner may well forgive the parent, but we have reason to look for these signs that the parent actually has the proper aversion to taking what belongs to others – that this truly was an exceptional case of a lesser evil.

We have reasons – grounded on our reasons to promote an aversion to taking what belongs to others – to see to it that the agents follow through with this ritual of asking for and receiving forgiveness.