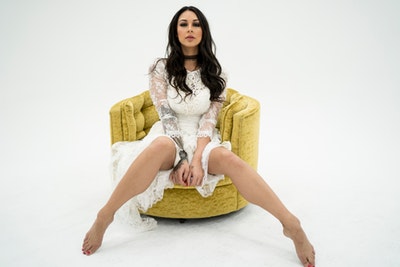 Guest blogger John D of contemporary articles in philosophy of religion in plain talk so that you can be up to speed on the God debate as it ensues at the highest levels of thought.

This post is part of a series on Wes Morriston’s article “” The article takes a long hard look at premises (1) and (4) of the Kalam Cosmological Argument (KCA), as defended by William Lane Craig.

We are currently looking at premise (1) of the argument, which states:

(1) Whatever begins to exist has a cause of its existence.

Craig offers various informal lines of support for this premise. In the previous entry we looked at his attempted appeal to the principle ex nihilo nihil fit. As we saw, this principle is subject to a number of possible interpretations, none of which is favorable to Craig.

In this entry, we will look at Craig’s other attempts to support and defend premise (1). These include (i) an appeal to its intuitive obviousness; (ii) a criticism of atheist disingenuousness; and (iii) an appeal to its empirical support. Most of our time will be spent on the first of those defenses.

Does God Begin to Exist?

Craig thinks that premise (1) of the KCA is intuitively or self-evidently obvious. Intuitions have a somewhat dubious philosophical value (doesn’t everything?), but it is clear that it would be impossible to function without them. So we cannot automatically impugn Craig’s appeal to intuition.

To see why the first question is important we need to consider another question: Does God begin to exist? It may seem obtuse to ask such a question since the KCA clearly appeals to God as the explanation of that which begins to exist. But, recall, Craig has a peculiar conception of God’s relationship to time. He thinks that God was timeless prior to the universe, but then became temporal at the beginning of the universe so that he could interact with human history.

Given that conception, the following self-defeating argument seems to be in order:

(a) God became temporal at the beginning of the universe.
(b) This implies that God “began to exist”.
(c) Whatever begins to exist has a cause of its existence.
(d) Therefore, God must have a cause of his existence.

From Craig’s perspective, something must be wrong with this argument, but what? One answer that he gives is:

(a) The phrase “begins to exist” does not cover things that have timeless existence.

This would defeat (b) from the argument just outlined. The problem is that it redefines what it means for something to begin to exist. And once we engage in such an exercise, the intuitive obviousness of the original premise may evaporate.

Craig sometimes defends premise (1) on metaphysical grounds. The idea here is that our understanding of the deepest metaphysical structure of reality (being, non-being, causation etc.) precludes the absence of an efficient cause.

You may be wondering: what is an efficient cause? The answer brings us back to Aristotle’s theory of causation. Aristotle argued that there were four distinct conceptions of “cause” that could be applied to any object. They were:

Once the Aristotelian foundation of Craig’s metaphysical intuition is revealed, a problem emerges. Craig is asking us to accept that an efficient cause has metaphysical priority over a material cause. After all, he thinks that God created the universe out of material nothingness.

But surely our metaphysical intuitions support the need for a material cause just as much as the need for an efficient cause? Craig provides no argument for thinking otherwise.

A Synthetic a priori intuition?

What are the criteria for a synthetic a priori truth? Well, first, its truth must be obvious or self-evident. Second, its truth should become more obvious the more you know about it. A classic example of a claim meeting both criteria is: “the surface of an object cannot be both red all over and partly green, at the same time.”

It is not clear that premise (1) meets either of the criteria. It does not seem to be self-evidently true. There is, after all, no logical contradiction entailed by the notion of something popping into existence without a cause. Nor does it become more obvious the more we know about it. To see this, we need to examine an area about which we lack intuitions: quantum mechanics.

Morriston points out that, according to at least some theories, quantum events such a radioactive decay begin to exist without a cause of their existence. Craig is ready with a response to this. He says that quantum events have necessary, but not sufficient causes: the sub-atomic vacuum contains the energy that is necessary for the event. The event then occurs in an indeterminate manner, but without the sub-atomic vacuum, no event could occur.

Morriston thinks that this is a very odd response. First, it qualifies what is supposed to be an a priori intuition with empirical evidence, and then it concedes that events can have necessary but not sufficient causes of their existence. Consequently, it effectively restates premise (1) of the KCA as the following:

This is downright counter-intuitive. How could it be that necessary, but not sufficient, conditions can cause something to come into existence? Causation requires both. Furthermore, this restatement is actually consistent with some contemporary cosmological theories in which the universe comes into existence through, for example, quantum tunneling (Vilenkin’s theory).

In the end, Morriston thinks it is best to avoid the application of a priori intuitions to the origin of space and time. This is clearly going to be a counter-intuitive domain.

The Accusation of Insincerity

Craig sometimes accuses those who reject premise (1) of insincerity. He thinks they are being deliberately obstinate because they are trying to avoid the manifest truthfulness of God’s existence.

I’m almost inclined to avoid discussing this since it is really more about Craig’s theological views than it is a contribution to the defence of the KCA. However, since Morriston discusses it, a few words might be in order.

Craig’s basic view is that non-believers are morally responsible for rejecting God. The internal witness of the Holy Spirit is available to all, and apologetic arguments can supplement this direct access to religious truth. It is only through active, blameworthy rejection that God’s existence can be dismissed. So because non-believer’s are morally responsible for rejecting God, they deserve whatever punishment (i.e. hell) they get.

Morriston thinks that this point will only appeal to those who have already embraced the Evangelical worldview, complete with its metaphysics of the afterlife. This suggests that the KCA might be a bad argument to deploy in an apologetic context. At least, it would be if you are going to blame your opponent for their obstinacy.

Morriston also observes that the atheists and skeptics he has known seem to have genuine, sincere doubts. That’s nice to know.

Finally, Craig sometimes appeals to the empirical support for premise (1). The idea here is that we have never observed an event or object beginning to exist without a cause. So premise (1) has the strongest imaginable empirical support: always verified, never falsified.

That should satisfy all those obstinate, empirically-minded atheists, shouldn’t it? Well, actually, no. First, we don’t always find causes when we look for them. Secondly, our empirical evidence is always going to be limited to causation taking place within the spatio-temporal universe. Thirdly, and relatedly, all empirical evidence supports the need for temporal relations to exist between causes. This is something that Craig denies.

Lastly, and perhaps most significantly, no empirical evidence supports Craig’s notion of creatio ex nihilo. That is, we have never witnessed the creation of a material something out of an immaterial nothing.

That ends our analysis of premise (1). In the next post, we will consider premise (4).